When in doubt, throw it on a pizza. That’s my motto. 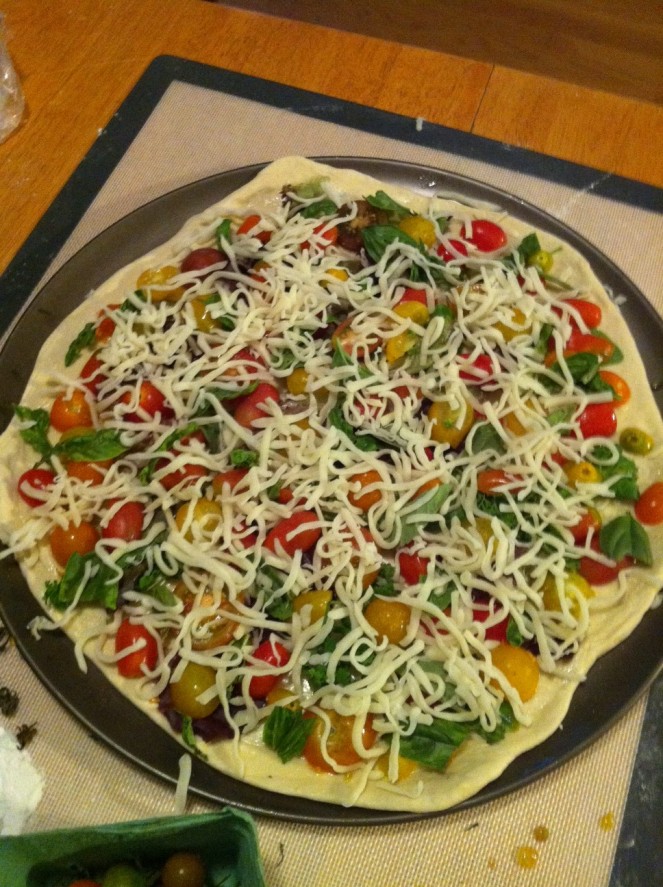 I had so many fresh greens between my basil and mesclun mix, I knew I had to get them on a pizza with some mozzarella cheese and cherry tomatoes. Luckily I had a couple pallets of heirloom tomatoes, all varieties, so I cut up/smashed them and used them as the basis for this fresh, local pizza. It may sound weird to put mesclun on a pizza, but the more greens the better in my book, so I hid them under the tomatoes and cheese and it all blended together.

First, you’ll want to roll out the dough on a floured surface. Preheat the oven to 375 (or 400, if yours is slow/electric like mine). I have a round pan, so I roll my dough roughly into a circle, but a cookie tray would work just as well and you could roll the dough into a rectangle.

Once you have it on your pizza tray or stone, give it a good glug of EVOO and spread that evenly to coat the pie. Then add mesclun, tomatoes, basil, freshly grated parmesan and finally mozzarella. In an idea world you’d have fresh mozzarella, but I was really in a pinch so I used pre-shredded mozzarella. It’s still tasty! Throw it in the oven for about 15 minutes, or until it’s brown around the edges. If you like it crusty, put on the broiler for a minute or two (watch it closely).

The pizza should be done in 15 minutes max, but keep an eye on it — you don’t want it to burn. The pizza is done when the edges of the dough are brown and the cheese is all melted. 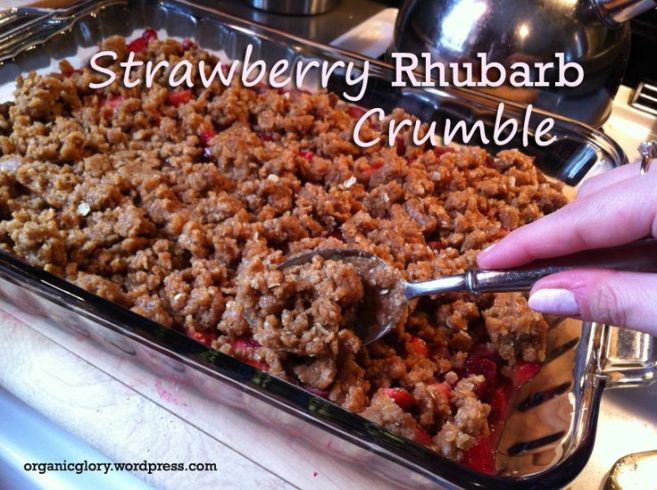