When I do my Trader Joe’s run every few weeks, I always make a point of picking up the ingredients for this recipe because they are all pantry staples that never spoil and can pull together into a super basic meal very quickly. Pasta, sauce, and artichokes are a yummy combo, but the other night I made this and realized I had a couple other ingredients on hand that made it a little more special!

I added in Kalamata olives (refrigerated, from Trader Joe’s), sun dried tomatoes and a few sliced pepperoncini that gave it the heat equivalent of red pepper flakes, and WOW — it was like a whole other dish! I realized that next time I should save some leftover sweet sausage if I make it on the weekend and crumble that in, and I think that would make it perfection. Chicken would also be delicious in here but sadly I didn’t have any on hand! I’m definitely going to make it this way from now on. Especially since it makes great toddler leftovers, too.

BASE RECIPE — Penne with Artichokes

Ugh this was so good that I almost ate two portions the other night when I was just lounging in my PJs trying to get caught up on Scandal! <<ahem>> I mean doing laundry and putting away clothes instead of leaving them in folded piles on my husband’s dresser.

Trader Joe’s had some fun, new ingredients the last time I visited, including cold brew coffee concentrate, coconut cookies, ghee (clarified butter),  coconut oil cooking spray and pomegranate vinegar. And of course, who can live without their pear cider at this time of year?? I’ll be sharing a recipe for using that cider to make some yummy apple topping for cooked pork chops in another week or two. I was so disappointed to see that they discontinued their mobile app, which featured lots of new foods just coming into stores. I guess I’ll just have to keep going in person to see what’s new and interesting.

Have a great week everyone! 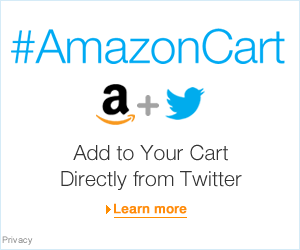