Here is the how-to on brining that I promised a couple posts back. It’s very easy! And it makes cooking potentially tough meats impossible to screw up. I’ve never had dry pork chops since learning to brine before cooking.

I used to do this a lot back when we’d have dinner parties and I was a very strict vegetarian, and it always got rave reviews from our guests. So if you can make something good without even tasting it, it’s got to be a fairly decent method.

Brining is a process of soaking meat in brine, a.ka. salty water, often alongside onions and other vegetables or seasonings to draw in flavor, moisture and to tenderize cuts of meat that tend to dry out while cooking. Generally speaking, you can brine any meat using the following ratio: 4 TBSPs of salt for every 4 cups of water. You want to use enough water and salt to completely submerge your meat, so keep adding water and salt in a ratio of 1:1 (tbsp to cup) in whichever container you are going to use to brine. Since my fridge is small, I use a large plastic freezer bag sealed and nestled into a mixing bowl. Any container that closes will do. I brine overnight or while I’m away at work, but you can brine in as little as one hour! Just make sure you rinse off the meat between brining and cooking or the salt taste will be overwhelming. And as far as seasonings go, you can look to aromatics like fresh ginger, thyme, lemon peel, cinnamon sticks, garlic, even sugar. If you are hoping to brine a holiday bird, like a large turkey, or a roast, definitely make sure you give it overnight to soak. For the following recipe, I used sliced red onions, since I was planning to use them in the finished dish as well.

If you’re brining, do that as early as the night before or as close to cooking time as one hour prior. Drain and rinse the meat and onions or whatever else you use to season the brine, reserving the pork chops and sliced onions.

Season the chops with salt and pepper on each side. Dredge in flour.

Heat a saute pan to medium-high and coat with olive oil. When the oil is hot, cook the chops until golden on each side, 2-3 minutes per side. Transfer to a plate.

In the same pan you used to cook the chops, reduce the heat to medium and add another bit of olive oil. Add the red onion, season with salt and pepper, and cook for 2 minutes, scraping up the brown bits from the bottom of the pan. Add the minced garlic and cook, stirring, quickly.

Add the lemon and orange juice and zest and bring to a boil. Cook until the liquid is reduced by a third, just two or three minutes. Return the pork to the pan and simmer until the sauce is thickened, 1 or 2 more minutes. Taste the sauce and if it’s too tangy, sweeten it with a pinch of sugar or maple syrup!

I adapted this recipe from Martha Stewart using what I had on hand.

When I sent Mark for pork chops at Trader Joe’s, he got the bone-in kind, which I don’t really eat because I’m not big on country-style cuts or rib meat and lots of fat. It did, however, come out just the same as when I use boneless loin chops, so you can get whatever you like! Here’s a good reference guide to pork cuts, which sometimes have non-intuitive names like “New York Chop.”

I hope you enjoy this one. I served it with a fennel & bean salad that could really be its own vegetarian main meal, which I’ll be blogging about next week! I always like to serve pork chops with mashed potatoes or roasted potatoes and applesauce. More often we have it in the fall, but I wanted to change things up a couple weeks ago and this was very light thanks to the citrus flavor profile! My family ate it up and I hope yours will, too. 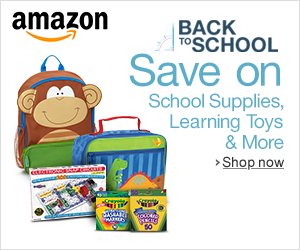 2 thoughts on “Pork in Citrus Sauce (plus, a tutorial on brining meat)”