Boy, do I love quiche. Too bad it isn’t the healthiest thing around! What it lacks in fiber it makes up for in protein, however, and for vegetarians this can be a very good thing. Not to mention it’s a simple meal to throw together on a hot night, and if you toss a light salad alongside, you can make it a balanced dinner that’s budget- and family-friendly. I use pre-bought pie crusts when I’m crunched for time, and zucchini and tomatoes from my garden when they’re abundant. Combine that with some ricotta, eggs, and cheese, and you’re only 20 minutes away from yum. 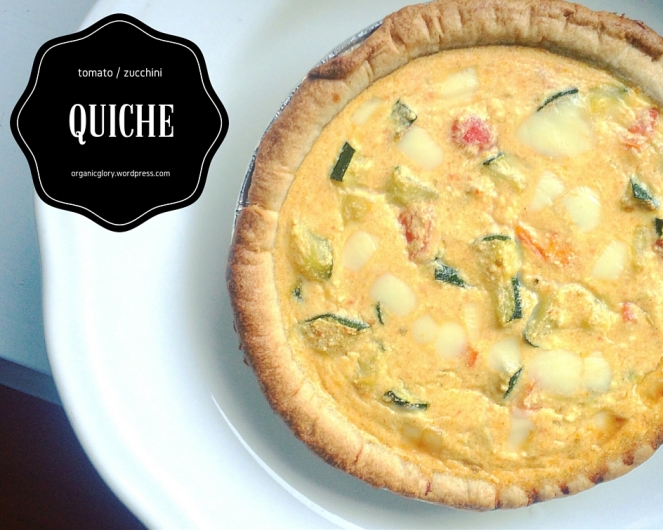 Preheat the oven to 425. Set the pie crust(s) out on a non-stick baking sheet to come to room temperature.

Small dice the zucchini and quarter the tomatoes. Dice or shred the cheese if it comes in a block. Peel and mince the garlic and smash into a paste using either the side of a knife, a mortar and pestle, or a zester.

In a medium sized bowl, crack the two eggs and whisk; add the ricotta and whisk again, the add the cooked zucchini and tomatoes, seasoning lightly with salt and pepper.

Pour the mixture into the pie crust(s) and evenly top with cheese.

Bake the quiches in the oven for 18-20 minutes, or until the edges are browned and the fillings are set. Remove from the oven and let stand for 5 minutes.

Serve warm, at room temp, or even cold straight from the refrigerator!

Notes: 1/4 cup cheese is about one ounce, or 4 TBSP; you can also just eyeball the amount you’d like based on how heavy you want the dish to be. Add more or less to your health and taste needs, and vary the cheese type if you like something else better. You can also add a little more garlic; I did. Don’t want to overdo it, though.

This recipe came to me in my Blue Apron delivery. Unlike some of their meals, this featured no hard-to-find ingredients or complex preparation steps, so it was easy for us to replicate. I’ve also made more than a few quiche in my day, but even for newbies it’s a pretty hard dish to mess up! Enjoy and stay cool in this drought-level heat wave.

Hot nights call for cold pasta salad! Here, I’ve taken flavors pretty much everyone loves — that of a BLT sandwich — and modified slightly to use a combo of ranch dressing and barbecue sauce instead of mayonnaise for dressing. It tastes light and sweet, and if you use salad bar bacon bits like I did, it’s actually vegetarian to boot. (Did you know most bacon bits aren’t made of meat? It’s true!) This is a sneaky way to get some vegetables into your kiddo for lunch or dinner, too. Consider it Georgia approved! 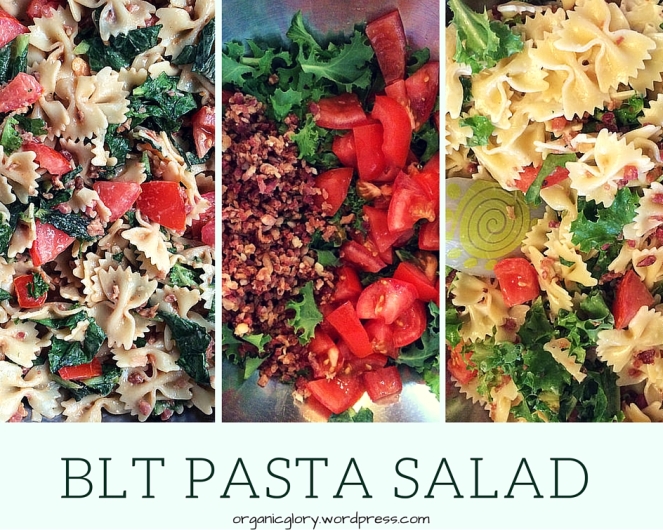 Put a pot of pasta on to boil and prep the remaining ingredients: chop the romaine, bake and crumble the bacon (or use bacon bits pre-crumbled from the salad bar, as I did, to save time) and dice the tomatoes. This entire recipe is flexible, so add more or less of any ingredient to your preference.

Cook and drain the pasta until it is al dente, making sure not to over-cook so they don’t turn mushy when mixed into salad. Let cool.

Toss together the tomatoes, bacon, lettuce and pasta in a large bowl, and drizzle ranch dressing to coat, using your judgment as to how heavily dressed you’d like the pasta to be. I would start with about a quarter cup and work upwards from there. Season with pepper and drizzle barbecue sauce over top. Toss once more and serve warm, room temp, or cold right out of the fridge. Will keep very well outdoors for a picnic, potluck or cookout. Enjoy! 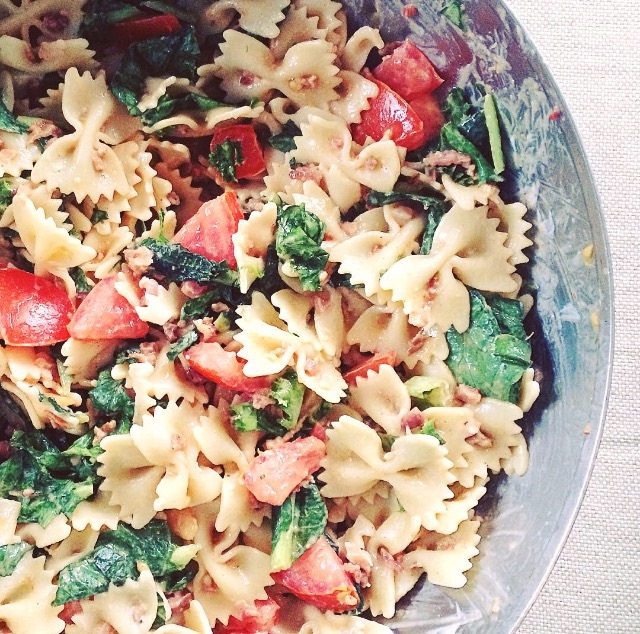 Recipe inspired by Life in the Lofthouse.

What else says summer like potato salad? My mom makes the hands-down yummiest, but if you can’t have hers, this is the next best thing.

I think potatoes get a bad rap: branded as a pound-packer since the low-carb craze of the early 2000s, potatoes are in fact quite nutrient dense, especially if you keep the skin on as I do in this recipe. Full of fiber and potassium, potatoes can absolutely be part of a healthy diet — especially for vegetarians — if you keep portion sizes in check and watch the fattening add-ons like sour cream, bacon, cheese, and Miracle Whip (back away from the fake spreads!) This recipe derives flavor from lots of ingredients, from green onions to pickles and celery, and cuts the mayo dressing with bright Dijon mustard. You won’t miss one ounce of creamy texture, but you will get just enough zip to perk up the whole dish without tipping over into spicy territory. Serve cold or at room temperature ~ enjoy! 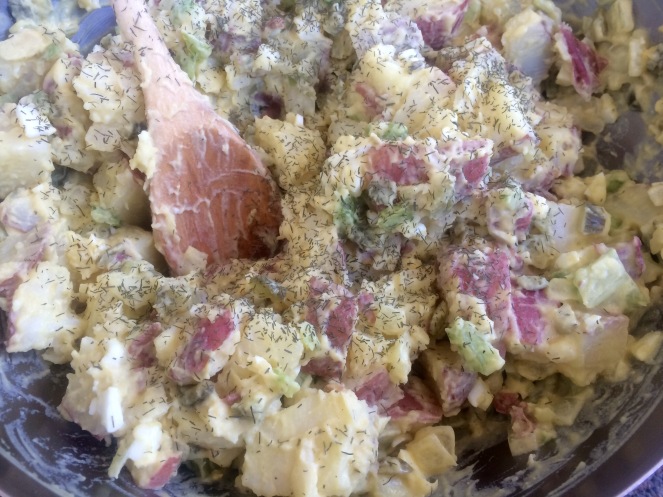 Set the eggs on to boil if you haven’t any on hand, and then place a large pot of salted water on the stove to boil. Meanwhile, prep your other ingredients.

Quarters the potatoes. Small dice the onions and set aside in a small bowl of water to take the bite out of them. Chop the celery and the pickles and set aside.

Cook the potatoes in the boiling water for about 10 minutes or until fork tender. (Note: if you prefer to cook whole potatoes and chop after, allow for 30 minutes cooking time.) Drain and set aside to cool.

Once cool, stir in the pickles, celery, onion, eggs (discarding the water they soaked in), mustard and mayo, and stir together, seasoning to taste. I like to half-mash them to break up the texture so it’s somewhere between chunky and smooth. You can do anything for complete mashing to leaving the potatoes in big pieces. Top with fresh dill if using.

Serves a good sized crowd, and will stay good in the fridge for a week. 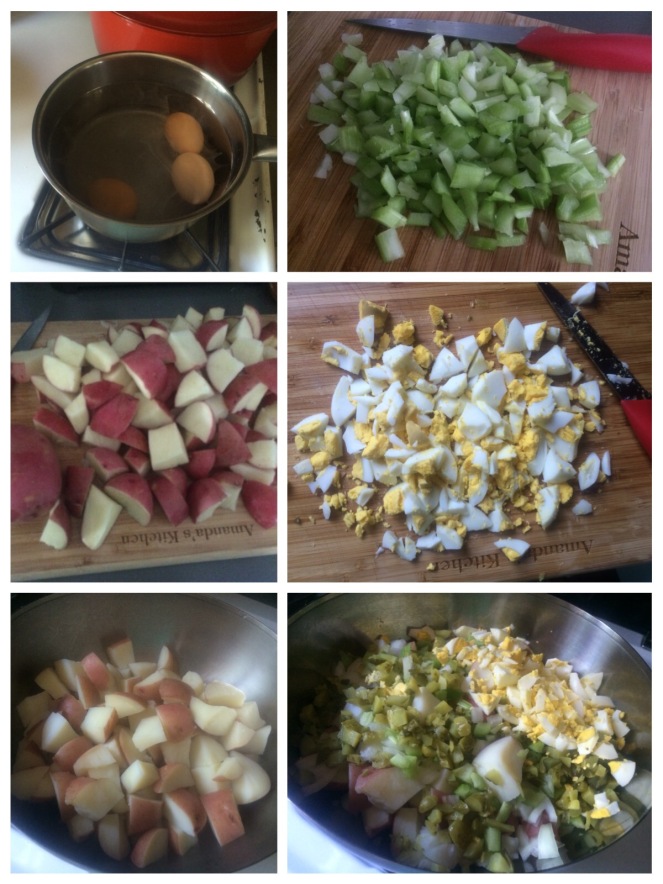 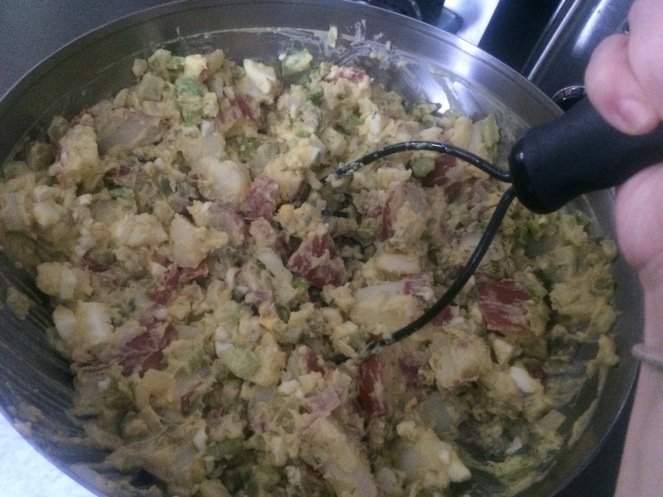 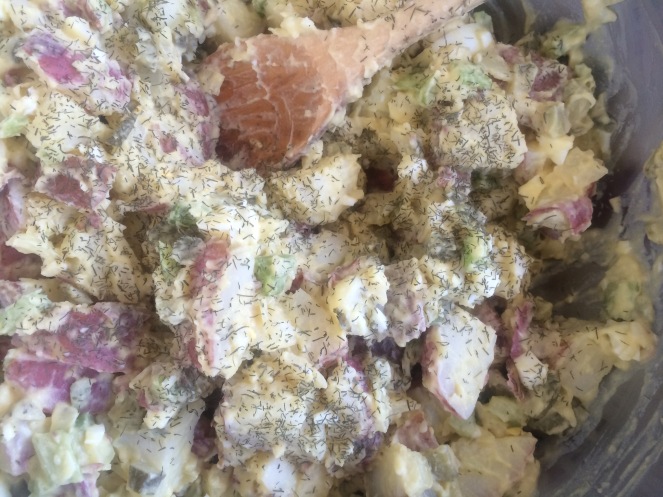 There are a few ways Potato Salad can go wrong.

Choice of spud is key: russets aren’t really your best bet, because they turn to slop so quickly. I’m a fan of catching that texture somewhere in between total mush and in-tact crunch, so something like a red bliss, fingerling, or even purple potato is better for me. The less starchy, the better. You’d want to pick a high-starch Russet for nice, fluffy mashed potatoes, but not so much for a salad where it’s important they hold their shape.

Fresh eggs, boiled just before you are about to make the salad, taste better.

I normally don’t do this, but seasoning the water for boiling the potatoes is key. Potatoes can end up pretty bland if you don’t salt the water. You can make sure you don’t damage your pans by adding the salt after the water is at a rolling boil, and before you add the potatoes to cook.

Let the potatoes cool off a bit before adding the mayo. If you add it too quickly while they are still warm, it can change the consistency of the dressing and turn it a bit oily. You can also use Greek yogurt instead of mayonnaise if you prefer.

Finally, as I said above, I really feel like Miracle Whip is never the right choice, but I won’t judge too harshly those who disagree. 😉 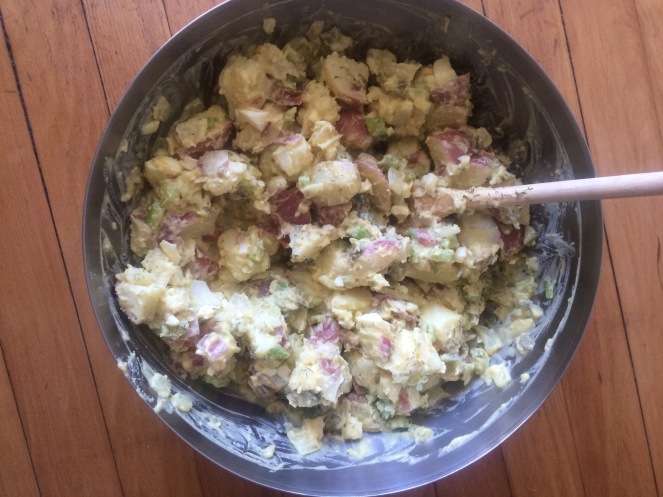 If you are in Boston, stay cool in the heat wave that’s just starting up. And happy Amazon Prime Day! What deals do you have your eye on? Popular items seem to be the Echo and the Instant Pot. There are also deals to be had on the Fire TV stick and kids tablets, if you’re in the market for one. On the food front, I might check out the markdown on a stainless pasta maker or a stand mixer. Personally, I’ll probably end up buying something boring like diapers or work shoes for myself; the dress form I really want is not on sale for Prime Day, unfortunately!

Don’t forget to also mark your calendars for the other big sale that happens this time of year — the Nordstrom Anniversary Sale. It is not to be missed and I’m already hard at work making my virtual wish list. 🙂 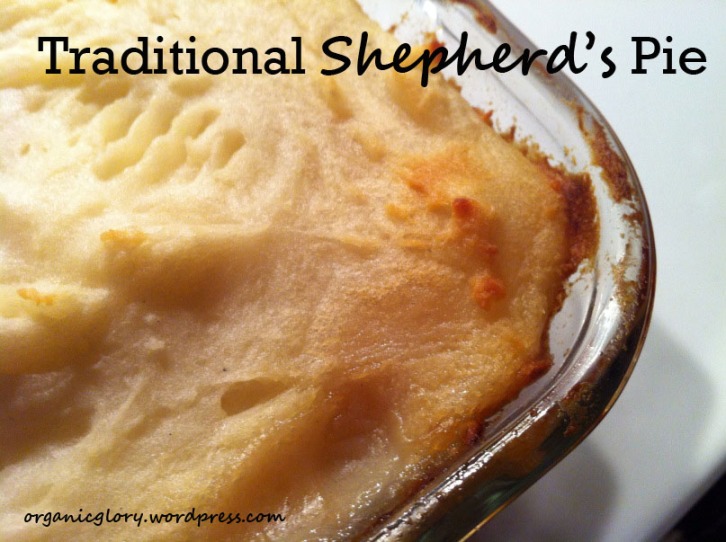